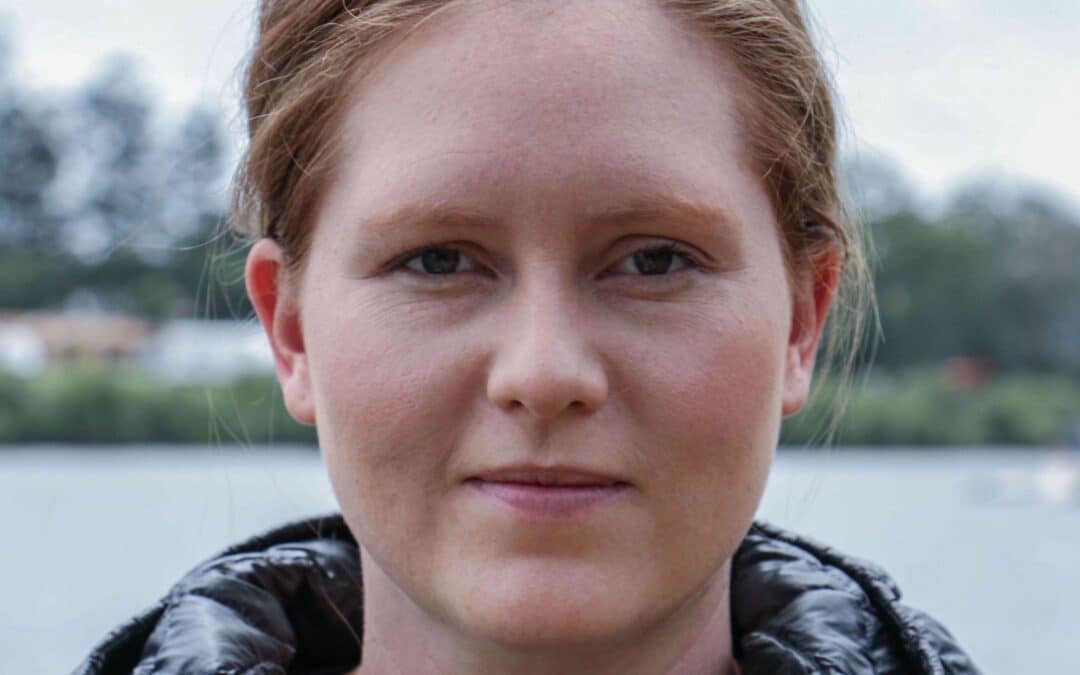 Eleanor came into our lives during our very first Venturer Program, when we enjoyed a relatively relaxing kayaking safari around the Whitsunday Islands. Little did Eleanor know, barely a year later, she’d be rowing 4000km across the Pacific Ocean with two complete strangers, making their crew the first team of three to complete the crossing and the youngest female crew of three to row any ocean in the world (it gives us goosebumps just thinking about it).

Despite this incredible achievement (and a CV filled with many other proud moments), Eleanor humbly denies she’s anything special. Although we’d like to argue she’s more extraordinary than she gives herself credit for, we also love how she proves anyone – absolutely anyone – can achieve epic things if they put their mind to it….

Have you always been adventurous?

I don’t think myself nor my family would have described me as a particularly adventurous child! I very much stayed within the bounds of the rules. Becoming more adventurous has certainly only developed as an adult, when I realised (as silly as it may sound) that you are actually allowed to do whatever you want and that even if many people tell you that you can’t do something, you are actually the only one who can know for sure. Or at least venture to find out.

How did you develop an adventurous mindset?

Certainly books and documentaries have played an enormous part in this. I remember reading Alastair Humphrey’s book where he cycles out of his parents’ back garden in England to circumnavigate the globe. He described how he cried the whole way down the street and pretty much for a month or two as he travelled across Europe being completely petrified at the task he had set himself. Once I read this, I realised that it is ok to be scared, to be afraid and to cry. There was this enormous click moment where I understood that you could be feeling all of these tumultuous emotions and still go on an enormous adventure. If I was allowed to cycle AND cry, then sure I could do it!

What attracts you to adventure and doing things outside of your comfort zone?

To me there is nothing worse than doing the same things over and over again. I have an enormous fascination with finding out how my body and mind adapt and cope with being in different, challenging environments. In both of my large scale adventures (Eleanor has also cycled over 3000km from Norway to England), I have gone in with a mindset of “let’s find out if this is possible, and if I only make it a quarter of the way and break down then hey, when I’m 95 and in a nursing home I know I’ll be so glad I tried”.

How did you prepare for your big Pacific challenge?

Well I only had 6 weeks notice before leaving to go to California and then another 2 weeks there before race start, so physically there wasn’t a huge amount of time to get in shape! The big things that had to be done were the technical courses. If I didn’t get these certificates then I wouldn’t have been allowed to begin the race at all. I had to complete a Sea Safety Survival, Sailing Day Skipper, VHF radio and First Aid at Sea course plus a 40-hour Yachtmaster Theory course. So, it was a hugely intense and stressful time doing all of this study and completing exams to get the qualifications in time. Apart from that, I was waking up at 5am every day to go to the gym and spend an hour or so on the erg (indoor rowing machine) as there was no way I could get access to an actual ocean rowing boat where I lived in Bundaberg, Australia.

It was hard to think about because we were so busy preparing the boat and getting our training hours done; there were many nights where we didn’t get more than about 3 hours sleep. In the few moments I had to stop and think, it was fairly tumultuous. I cried, and emotionally it was extremely difficult calling my family, friends and partner Kat to say goodbye, knowing there was at least a possibility it could be the last time I ever spoke to them. The race start also got delayed by four days due to weather, which was a welcome reprieve in a sense but also tension-building knowing the start day would arrive one way or another.

How did you overcome any self doubt?

There was an incredible amount of self doubt the entire way leading up to the race and even after the race started. One of the biggest moments I remember was walking down the street in Sydney to get my US visa and I thought “Are you REALLY going to do this? Are you actually going to get on this boat and go across an ocean?!” The way I coached myself out of it was to think “if I don’t get the visa, it’s all over; but, if I get the visa, I can still decide not to go at a later date if it really doesn’t seem right”. It is all about getting yourself to the next decision gate and taking it one simple step at a time to avoid getting overwhelmed.

What were the toughest elements of your Pacific journey and how did you overcome them?

By far the toughest thing was the sea sickness. We had to complete 72 hours worth of training rows as a crew in our ocean rowing boat before we could start the race, and I vomited on every single one of them. Everyone reassured me that on the actual race the seasickness should last 3 days or 5 at the most. I was vomiting the whole way to day 21, which was a third of our time at sea. It was day 17 before I ate and kept down an actual meal so this took an extreme toll on my body. On days 12 and 13 I couldn’t stop crying; I had severe abdominal pain and my body felt like it was breaking down. The whole time, I didn’t miss a rowing shift though and we rowed 3 hours on, 3 hours off throughout the journey. So that was by far the toughest physical challenge of my life.

What were the highlights of your adventure?

People often ask this question and expect these huge, epic moments to be the highlight of my life. But it really wasn’t like that at all. The highlights were these periods of time out there where I was completely content. I couldn’t plan for them and I never knew they were coming or when the contentedness would end. It just was. On many occasions, there was this feeling that if I could be happy in the middle of the Pacific, being wet and cold with unappetising food, no internet and none of the usual comforts, I could be happy anywhere. That’s the most incredible feeling to have.

How does it feel to know you’ve accomplished something so amazing?

Haha! Honestly, I feel exactly the same! The entire thing feels like a very vidid, long and traumatic dream and I constantly wonder if it actually happened. I do feel like I’m more sure of my values and what I want to achieve in life after having so much time to reflect on everything out there. That, and a self belief that comes from rowing across an ocean with 8 weeks notice…I now believe I could give just about anything a good go.

Did you experience any ‘come down’ or depression once the big trip was over?

Yes, I did. For the first 2 months, it was absolutely glorious being back on land and I was as high as a kite on this stream of never ending endorphins. Until it ended. Adjusting back into normal life was hard. So many people asking so many questions and thinking I was some kind of superhuman – it was bizarre and couldn’t be further from the truth. When you go on an expedition like that, when it is your everything, at some point you have to deal with a loss of identity in acknowledging that it is over. And that there isn’t anyone else who can truly understand what that experience meant to you, except for Meg and Cazz my fellow crew members, but even then the three of us still had vastly different experiences out there.

What advice do you have for anyone who thinks they’re not adventurous or strong enough to take on an epic challenge?

I think they aren’t giving themselves enough credit for what they are capable of. They need to identify if doing these types of things is something they really want, and if they truly do, then they need to start taking steps towards a more adventure-filled life. Initially that may be reading a book of someone else’s who has been on a big adventure, or watching a documentary. It may be going on an overnight hike or sea kayaking trip. Whatever pushes them that little bit outside their comfort zone, identify it, commit to it, complete it, rest and repeat. If people follow this formula I think they will be amazed what they can achieve.

What’s your next big adventure?

I have a few ideas but none that are locked down yet. I have done a long distance cycle and a long distance row, the next would be a hike of at least a month or two. That is something I know I have to do, and there is this nagging feeling about it that won’t go away until I’ve done it.