AFRICA – WHERE I BECAME THE REAL ME

Africa. It’s where I became the real me. Simply the most exciting, engaging, challenging continent on the planet, bar none. It’s where I’ve seen the purest smiles, the most awe-inspiring wildlife, and felt closest to being a real explorer.

My fascination and addiction to the continent started in 1997 when I landed in Cape Town still wet behind the ears, eyes a goggle at the new landscapes, experiences and unique feelings the continent would deliver. My first forays were road trips from South Africa into Mozambique, Botswana and Zambia to villages in the absolute middle of nowhere to view the total solar eclipses of 2000 and 2001. Lines drawn on a map simply by the rotation of our sun and moon, with no definition or reason to our destination beyond reaching the centre of totality.

Africa’s unfenced borders transported me back to a bygone era when wildlife around the world could roam free, its migration routes unhindered and man’s only influence, little more than a few ungraded tracks through the harsh bush. I’ve witnessed the Big 5 at their very best, throughout the safari lands of Namibia, Zambia, Mozambique, Kenya, Tanzania, South Africa and Botswana, and since these early days, every time I return I’m entranced and spellbound by the beauty and rawness of life under the blazing African sun. 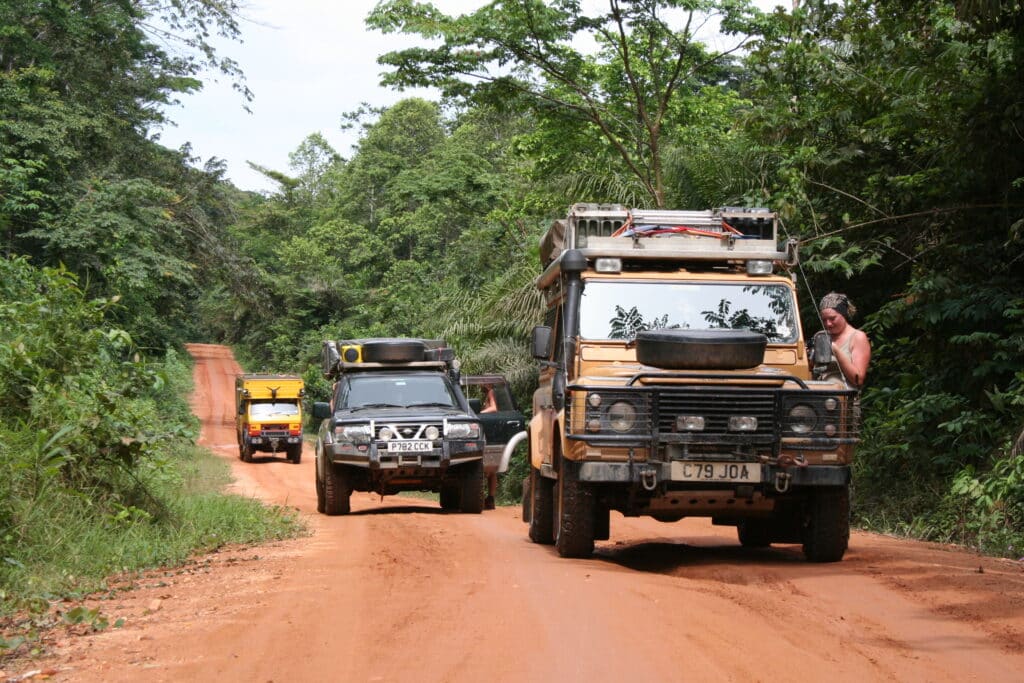 These weeks on the road were exciting times, driven by my youthful exuberance and desire to explore, I arrived in communities with no common tongue, just a friendly smile and a warm handshake – the only tools and weapons I’d ever carry to travel across what is, supposedly the Darkest Continent.

Each road trip sowed further seeds of curiosity, the yearning to reach far from the beaten path, to leave the trampled tourist trails behind and find the source of pure human spirit in countries I knew little about apart from the negative press the world’s media splashes across newspapers that grace the world’s breakfast tables. I wanted to establish my own theories, build opinions based on fact and experiences, and discover what had inspired centuries of pioneering expeditions and adventures. 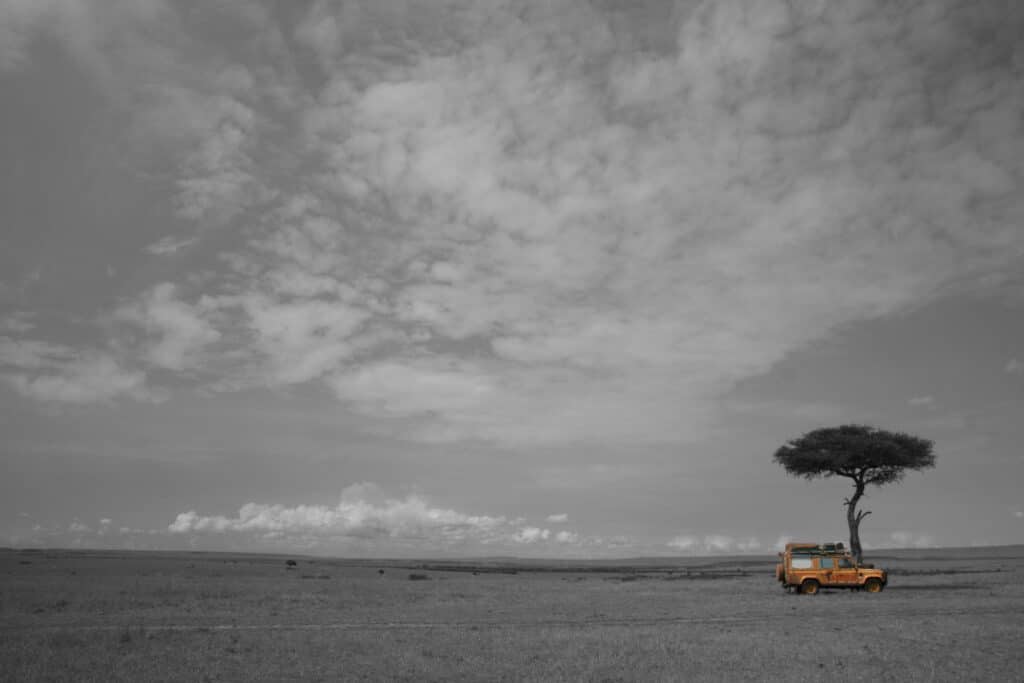 Those seeds grew exponentially. Fuelled by a life in the UK dealing with the cold of the winter, many hours spent reading inspirational blogs and websites of people braver than I who’d done it all before, and a desire to give something back to the people whose countries had given me my biggest smiles. I wanted to see the other side of Africa – not the Southern Cross (Nairobi to Cape Town with a slight wiggling detour through the predictable parts), but the west coast, across the Sahara and the over the equator to the mystical Congos.

And so Afritrex was born. A bad-ass crazy concept to circumnavigate Africa in a Land Rover in one year, taking on some tough physical challenges along the way – completing five marathons and climbing five of the highest mountains on the continent. Mount Toubkal in Morocco, Cameroon, Mount Stanley in Uganda, Mount Kilimanjaro in Tanzania, Mount Kenya and Ras Dashen in Ethiopia. Fast forward to August 2008 and there I am in my Land Rover, Colonel Mustard, five completed challenges under my belt and 32,000km under my tyres contemplating what to do next. Mt Stanley (5109m), the highest of the Rwenzori Mountains that run along the border of Uganda and the Democratic Republic of Congo, should be my next destination, but fighting between rebel groups and the government has all but closed the border between the countries.

Since leaving the UK I’d battled dust storms, corrupt officials, washed-away bridges and Saharan heat but taking a risk against khat-fuelled Kalashnikovs seemed a little stupid, even by my standards. It was time to go for Plan B, an alternative mountain somewhere between here and Egypt. The Rwenzoris will wait for another day.

Fast forward another six months and I’m back in the UK at the end of the expedition with ten challenges completed but the absent Mount Stanley still burning a hole in my psyche – definitely unfinished business.

The Mountains of the Moon are one of the only places on the equator where blue-ice glaciers still exist. They’re steeped in mystery, very few people visit them every year and the ascent takes you from thick lush, verdant rainforest, past magical moss-covered rocks and Giant Heather trees, onto vast swathes of glacier that cap the peaks in year-round snow and ice. They are simply magical.

Compared to the 50,000 people who trudge to the top of Mount Kilimanjaro annually, Stanley sees less than a hundred. Standing at 5109m above sea level, it’s the third highest mountain in Africa. It’s more technically demanding and when you stand on the summit, only you, your fellow climbers and a plethora of emotions are with you. In my mind, there’s no comparison.

Returning to the continent where my adventures began is something I’ve been meaning to do for an eternity, and our Best Life Adventures Extreme Dreams: Wildest Africa and the Mountains of the Moon expedition captures the best of what’s on offer – a tough physical mountain ascent through bewilderingly beautiful terrain, followed by a bares bones walking safari that’ll get the hairs on the back of your neck standing up in fear, excitement and anticipation at the same time. And of course, we ensure each and every element of the experience is as unique as you’ll find.

Come and join me in the lightest, brightest continent on Planet Earth. To find out more visit this link.